Michael Gabriele is a renowned journalist and historian whose specialty is The Garden State. His book “New Jersey Folk Revival Music: History & Tradition, ” includes a chapter about THE FOLK PROJECT.

Michael will be our keynote speaker during Saturday’s lunch.

In the past ten years Gabriele has written four books about New Jersey. He travels extensively, doing talks and programs at libraries, historical societies and civic organizations. His most recent book, “Stories from New Jersey Diners,” was released in September 2019.

Michael has worked as a journalist and freelance writer for four decades. He is a member of the executive board of the New Jersey Folk Festival held at Rutgers University, the Nutley Historical Society, the Theater League of Clifton, and serves on the advisory board of the Clifton Arts Center.

Michael’s luncheon keynote will underline that folk music is a “living history” that builds upon time-honored traditions, and will explore the evolution of Jersey’s music —from the bawdy tavern revelers of the 1700s; to the magical sounds of the Pine Barrens; to the origins of our own Folk Project and Getaway.

It is an honor to host Michael Gabriele, and an honor to be recognized by this esteemed NJ historian. 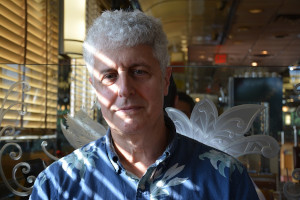