Richard Bozic will be once again lead vocal instruction workshops at The Acoustic Getaway. Richard is a local legend, having given voice lessons to a number of Folk Project members and achieving fabulous results. His clients have been accepted to and involved with NBC’s “The Voice,” American Idol, Atlantic Records, RCA/Sony, Radio City Music Hall, and other premiere music venues.

Richard himself has appeared in productions with the Cleveland Opera, Bronx Opera, Verismo Opera of New Jersey, dell’Arte Opera Ensemble, Fairbanks Summer Music Festival, Bethesda Summer Music Festival, The State Theatre in New Brunswick, the McCarter Theatre in Princeton, Bergen Performing Arts Center in Englewood, Opera New Jersey’s Summer Artist program, and so many more. His opera credits range from Peter in Hansel and Gretel to Masetto in Don Giovanni, and Dr. Grenvil in La Traviata. Some oconcert appearances include Chief Seattle in Brubeck’s Earth is our Mother, and as bass soloist in Beethoven’s Mass in C.   Mr. Bozic earned his Master’s Degree from the Peabody Conservatory of Johns Hopkins University, where he studied with the celebrated baritone Bill Sharp. No matter how well you sing, you want to sing better. That’s why Richard, a Getaway favorite, is a special addition to our Weekend of Music. 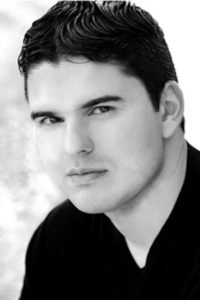