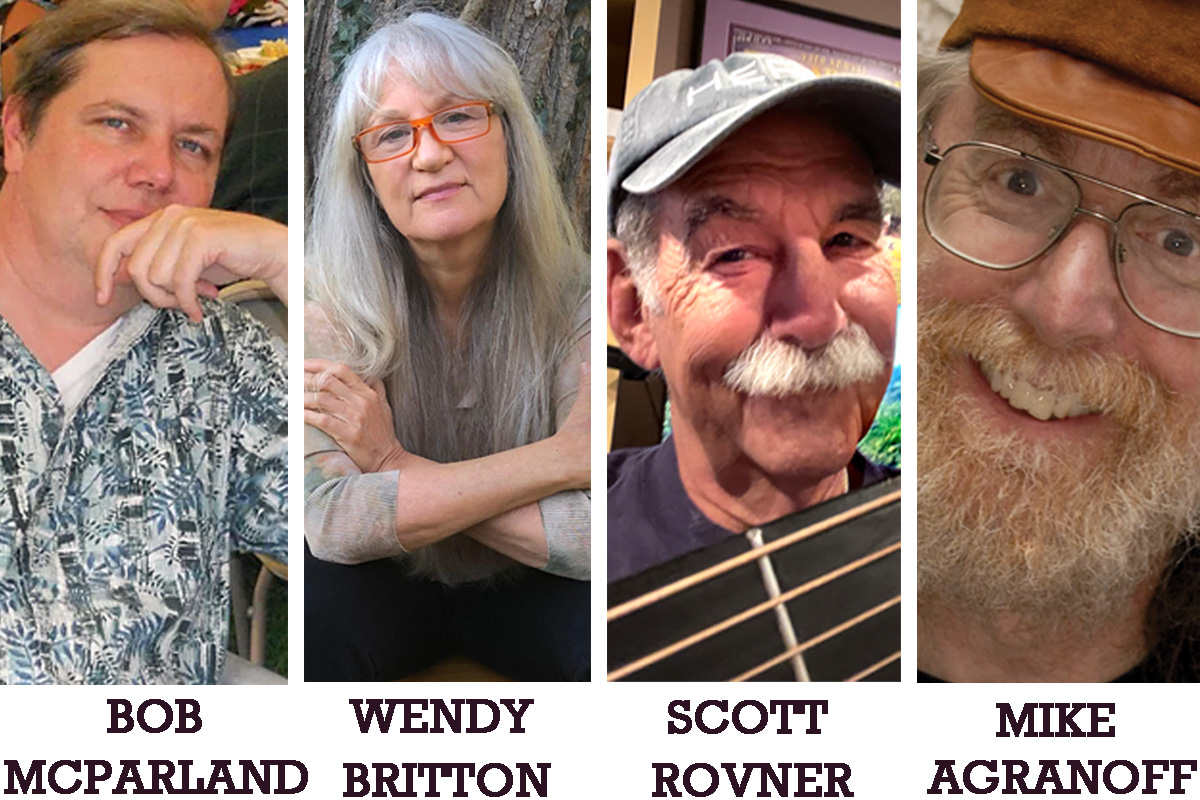 Chorus Song Night is an evening of songs for you, the audience to sing.  A panel of four experienced songleaders will offer songs with choruses, some familiar, and others easily picked up, and songs that most folkies know already to one extent or the other.  We do this show unamplified so you can hear yourselves and each other as well as the songleaders on stage.  Raise your voices.  Add your harmonies.  If you like to sing, this is the night for you.