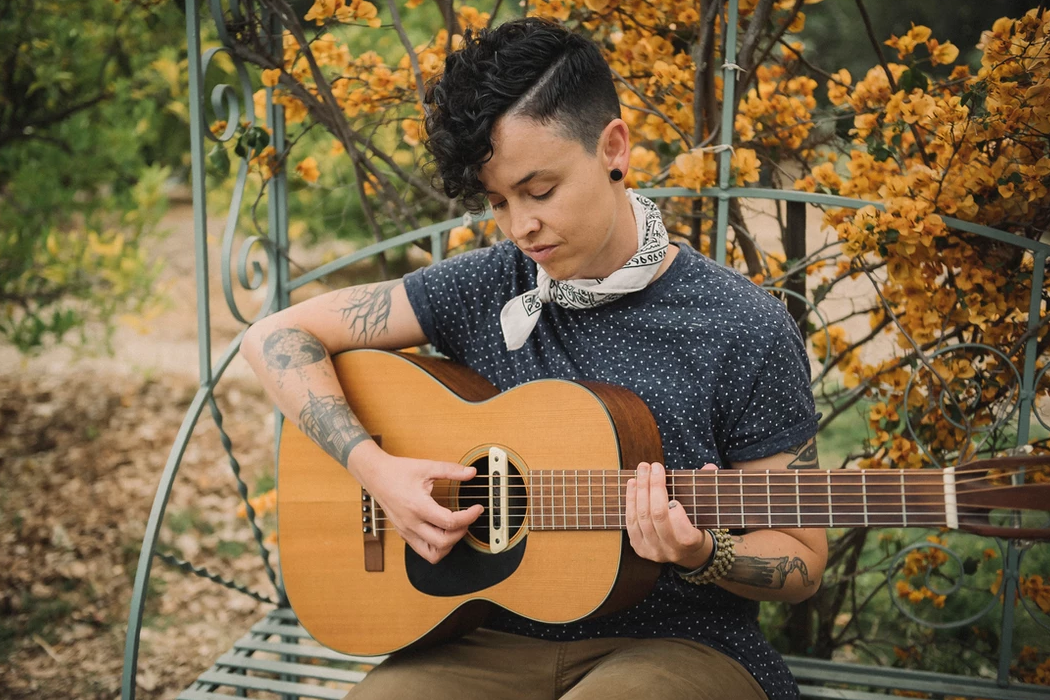 Abby Posner has been a working musician in Los Angeles for the past 16 years.  She is best known for her ability to play nearly any instrument that she can get her hands on, twisting genres, and pushing the boundaries of folk, roots, and pop music making her “Genre Fluid.” If you have seen Abby perform live, you know she can play a mean lead-blues guitar solo, or throw down a complex Earl Scruggs banjo riff. You also may have spotted her playing drums, mandolin, or bass while using her looping pedal. In addition to her versatility, she puts passion and soul into everything she plays.

This CalArts music graduate has composed music for commercials/TV, films, and radio shows all over the globe (including Old Fashioned, The Fosters, This American Life, The Art of More, and Last Tango in Halifax just to name a few). She also has music placed in commercials and TV shows all over China, Sweden, The UK, and Australia. Posner appeared in two episodes of GLEE on season four playing banjo and guitar, and the Freeform show Famous In Love playing banjo.  In 2015 Posner performed live on KCAL 9 news and Good Day LA playing original songs.

Posner has scored four films (Across Land Across Sea, Through Their Eyes,  award winning short Animation Elizabeth Sees, and in 2020 completed the score for feature doc Lady Buds) while playing and touring with her indie folk band Abby and The Myth.  In 2019 Posner played banjo and sang Wagon Wheel as a featured principal role in Bank Of America’s ad campaign for the Ken Burn’s PBS Country Music Documentary.

Posner formed her project ‘Abby and The Myth’ in 2015 and they have taken LA by storm with their catchy indie folk songs. The band released their EP Ghosts and Frames April – 2015 and have been touring nationally.  They have had several residencies at the famous Hotel Cafe in Hollywood, and in 2017 released a new full length record titled When You Dig A Well.  After signing with Gary Calamar’s licensing company, Laurel Canon, Abby and The Myth have gained recognition in the LA music scene.  They have opened for such iconic acts as PHRANC, Sierra Hull, and Dustbowl Revival.

In 2020 Abby Posner won the Carl Gage “Give me Shelter in Place” Songwriting Award through the Topanga Folk Festival for her original song Blind Spots, and landed Official Showcases at Folk Allience Region Midwest, North East Folk Allience, and Southwest Folk Allience in 2021.