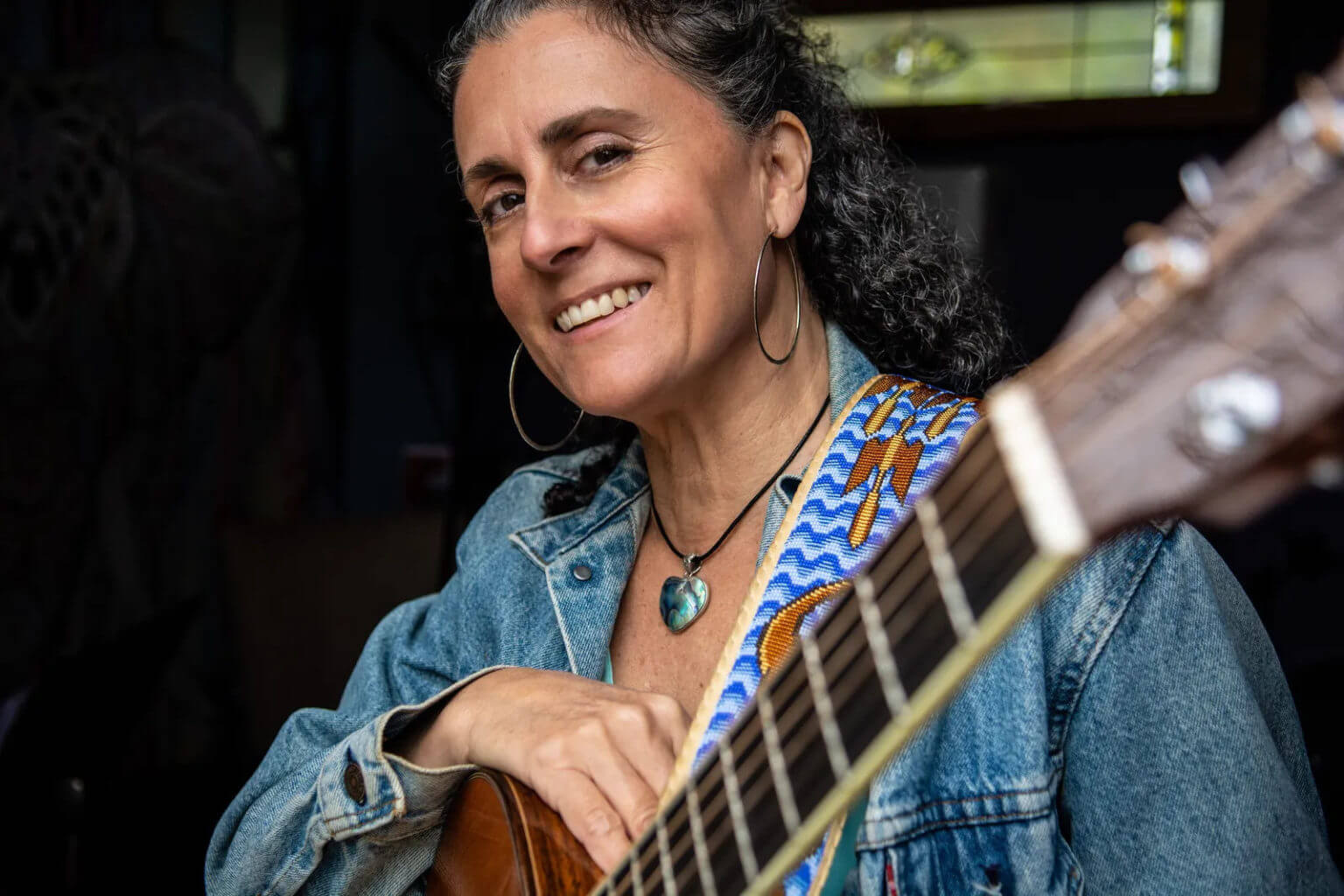 Alice Di Micele is an Americana/Folk Singer-Songwriter based in Southern Oregon. Her voice is rangy, sometimes soft and intimate, other times bold and brassy, evoking a distinct mood in every song she sings. Alice built a dedicated fan base as an independent musician with stirring live performances spanning a three-decade career.

Originally from New Jersey, Alice grew up singing in school choirs, “I sang on the way to school, and back home. I just made stuff up.” On her twelfth birthday, Alice’s Grandmother gave her Stevie Wonder’s album, Songs In The Key Of Life, “I learned every word, every note, and every nuance of that album by listening to it over and over.” She picked up the guitar at age 17 and honed her skills playing in coffeehouses in upstate New York and New Jersey. In 1986, she found her home in Southern Oregon and released her first recording in 1988, Make A Change.

Sixteen albums later, Alice is focused and clear on her mission, “I love solid, moving rhythm, and I do a lot of improvising vocally. I feel completely at home on stage. My job as a musician is to communicate emotion and stir that place inside that feels connected to other souls.”

*Alice’s music has that great combination of earthiness and groove that keeps it funky from the inside out. She’s for real.” Bonnie Raitt.