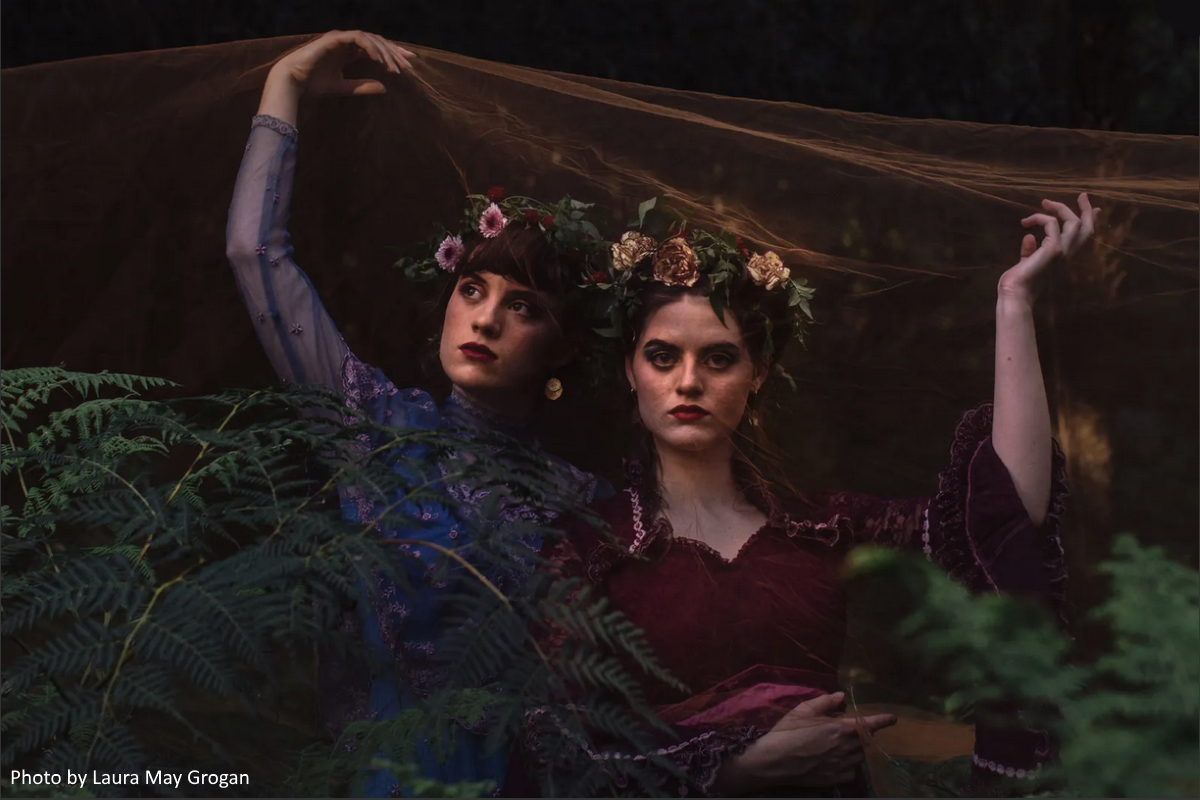 Charm of Finches is the award-winning Melbourne sister duo known for their haunted folk tunes about love, grief and whispering trees, with their tight sibling harmonies and chamber folk sound. Mabel and Ivy Windred-Wornes emerge from an eclectic musical childhood of Celtic strings and busking old-time tunes.

Their debut album, Staring at the Starry Ceiling, produced by Nick Huggins was praised for its candor and originality and named one of the best releases of 2016 by ABC Radio National.

Their influences include Sufjan Stevens, Gillian Welch, Agnes Obel and First Aid Kit, as well as the homegrown talent in their local Victorian folk scene.

Charm of Finches independently released their sophomore album, Your Company, in November 2019, touring Australia widely.  This album was Melbourne’s PBS Radio Album of the Week, winner of the Best Folk/Singer-Songwriter Album in the 2020 Independent Music Awards (IMA – the same award won by Lucy Roche Wainwright the previous year) and nominated for the Music Victoria Award for Best Folk Album and the prestigious 2020 Australian Music Prize.

At the start of 2020 they showcased at the Folk Alliance International Conference in New Orleans, US. They were one of 96 artists selected worldwide to participate in the first Global Music Match.

They are currently recording their third album to be released through Anti Fragile Music in 2021.