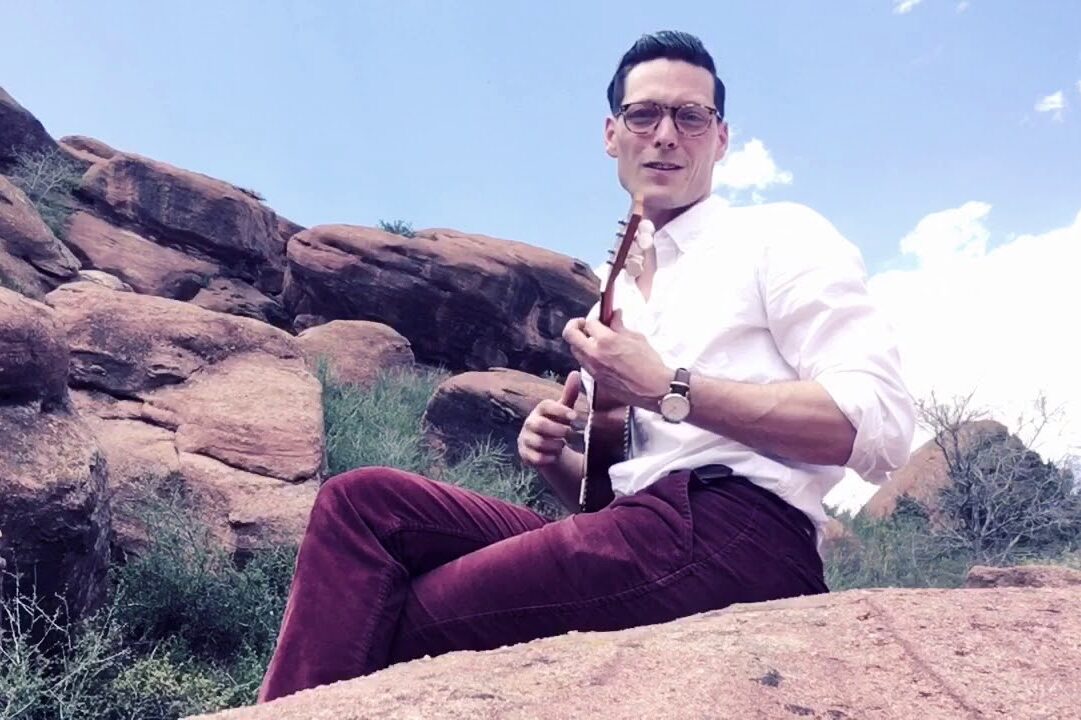 Christopher Davis-Shannon brings influences ranging from Fats Waller to Chet Baker, together with a joy and atmosphere that transports audiences back to the jazz clubs and speakeasies of the early 20th century. This talented and spirited multi-instrumentalist, songwriter, and educator headlined the Folk Project’s NJ Uke Fest with his exciting blend of intricate instrumental work, plaintive vocals, and genuine soulfulness.

The Long Story: Christopher Davis-Shannon’s music is the essence of honest simplicity. Bringing together influence ranging from Fats Waller to Chet Baker, he creates an atmosphere that will instantly transport you back to jazz clubs, and speakeasies of the early 20th century. Not Content being labelled a traditionalist, he forges ahead breathing new life into old classics, weaving together a sound that is enjoyed by both young and old.

As a multi-Instrumentalist, songwriter, and educator, based in Philadelphia, Davis-Shannon maintains a steady tour schedule with his own music as well as a sideman for various acts. He brings to the stage not just the pure joy of music, but a vast knowledge of the history behind the songs that he holds close to his heart. His intricate instrumental work and plaintive vocals are infused with soulfulness which cannot be faked, and a respect for his predecessors which is rarely equaled.

Mike Batchelor at Kettle Pot Tracks may have said it best :

“Christopher writes good songs, plays the crap out of them, and smiles every second he’s doin’ it.
Let this guy into your lives a little, and be better for it!”