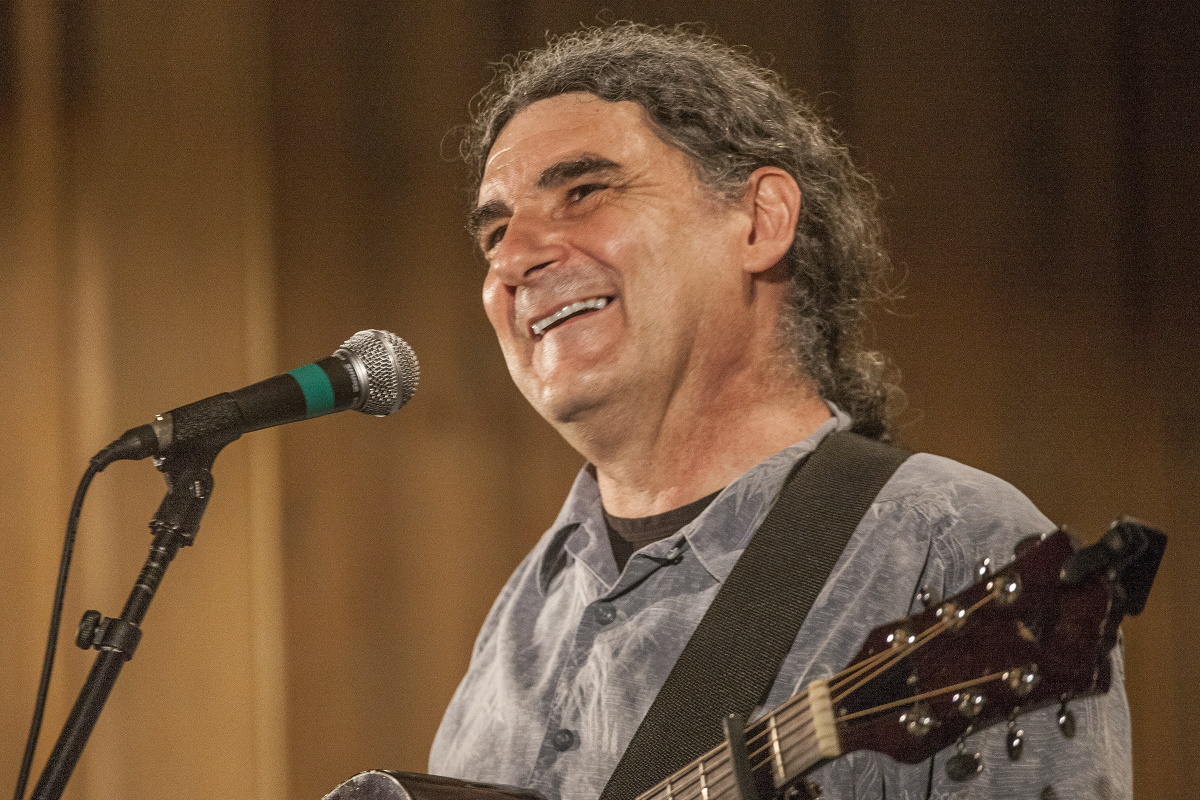 Don White is an award-winning singer-songwriter, a comedian, an author, a storyteller and a long-time Folk Project favorite. He’s been bringing audiences to laughter and tears for thirty years, has released nine CDs, three live DVDs, and a book, Memoirs of a C Student. In 2011, he won the Jerri Christen Memorial Award, given by the Boston Area Coffeehouse Association, for his work with the community and that same year was given a key to the city in his hometown of Lynn.

He has been featured in storytelling festivals around the country including the National Storytelling Festival in Jonesboro, Tennessee. Since 2015, he has joined master storytellers Bil Lep and Bill Harley in Father’s Daze, a hilarious three-man storytelling show about the triumphs and tribulations of fatherhood. He toured North America for nine years with folk songwriting legend Christine Lavin, with whom he still plays the occasional show.

Don White is does it all, and he’ll be doing it on Tuesday, August 31 for the Stayaway.