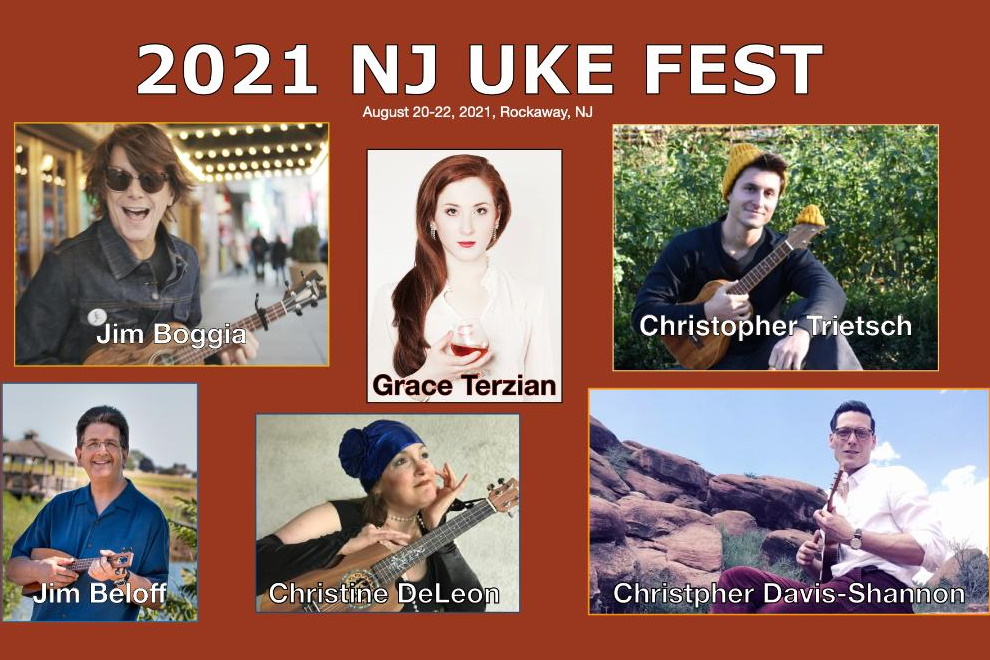 On Friday through Sunday, August 20, 21 & 22, The Folk Project’s NJ Uke Fest will present workshops, concerts, and sing-alongs. Tickets are $85 for the entire weekend, and attendance is limited to 50 vaccinated guests. Jim Boggia, Christine DeLeon, Christopher Trietsch, Jim Beloff, Christopher Davis-Shannon, and Gracie Terzian are featured.  On Sunday we host our traditional outdoor sing-along/play-along.

Friday evening opens with a Welcome Play-Along at 6:30, followed immediately by a concert at 7:30 featuring Jim Boggia and Christine DeLeon

After the concert, we will jam until late.

Saturday starts at noon with a Sing Along/Play Along.  At 1:00 PM we will introduce you to our artists and explain the workshops available.  From 1:30 pm through 5:30 pm we offer a choice of three workshops every hour. Then we break for dinner (either off-premises or for $15 on-premises) with a Guest Showcase running concurrently. At 7:15, there will be a sing-along tribute to the victims and survivors of the pandemic, followed at 7:30 by the weekend’s climactic evening concert, showcasing our amazing and talented instructor/performers, Christopher Trietsch, Jim Beloff, Christopher Davis-Shannon, and Gracie Terzian.

Sunday brings NJ Uke Fest’s traditional sing-along/play-along on the Green from 10:30 AM to 2:30 PM. There are lots of options nearby for breakfast before, or for lunch during and after. 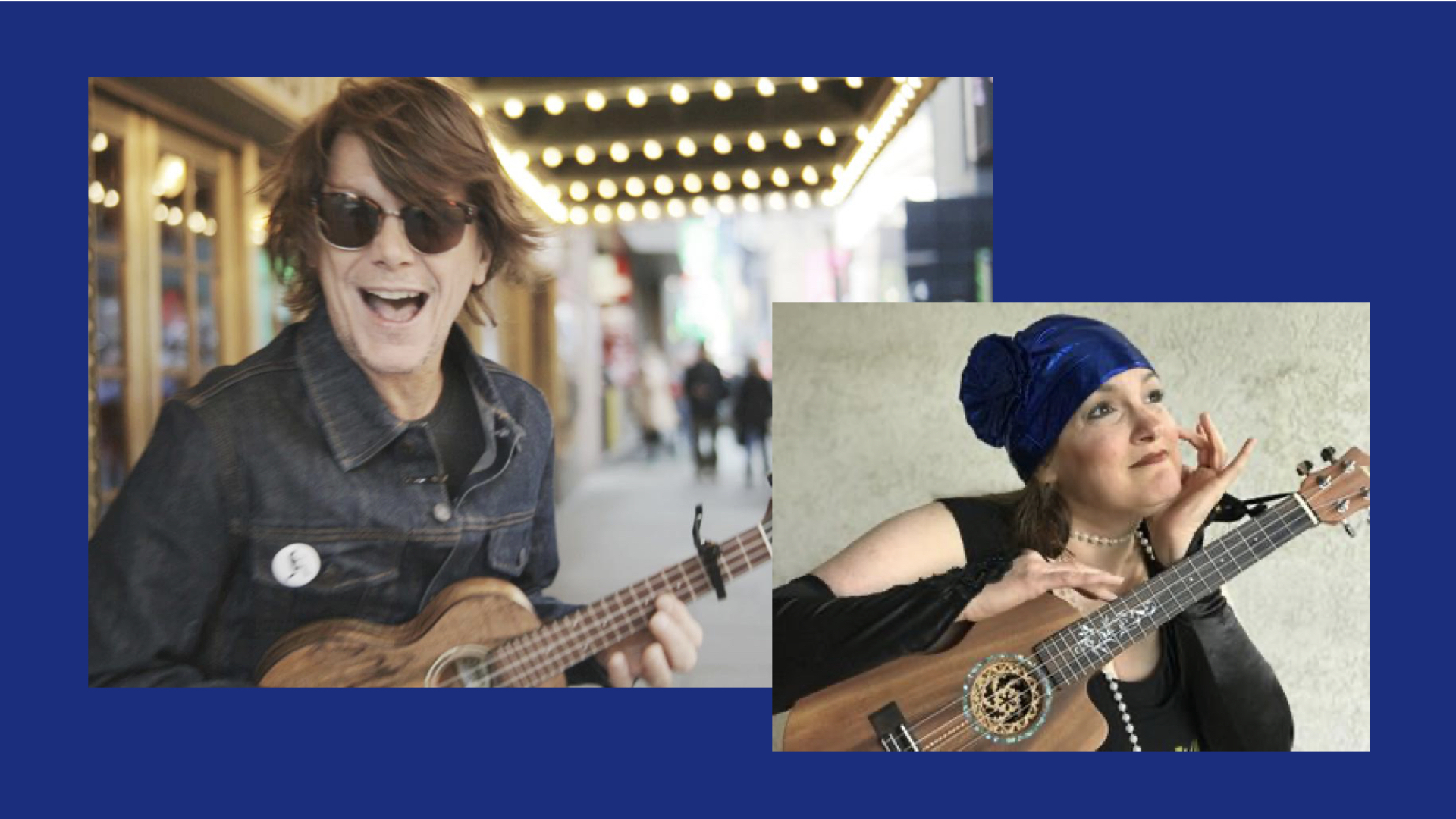 Concerts, Workshops and the Sunday Sing Along/Play Along 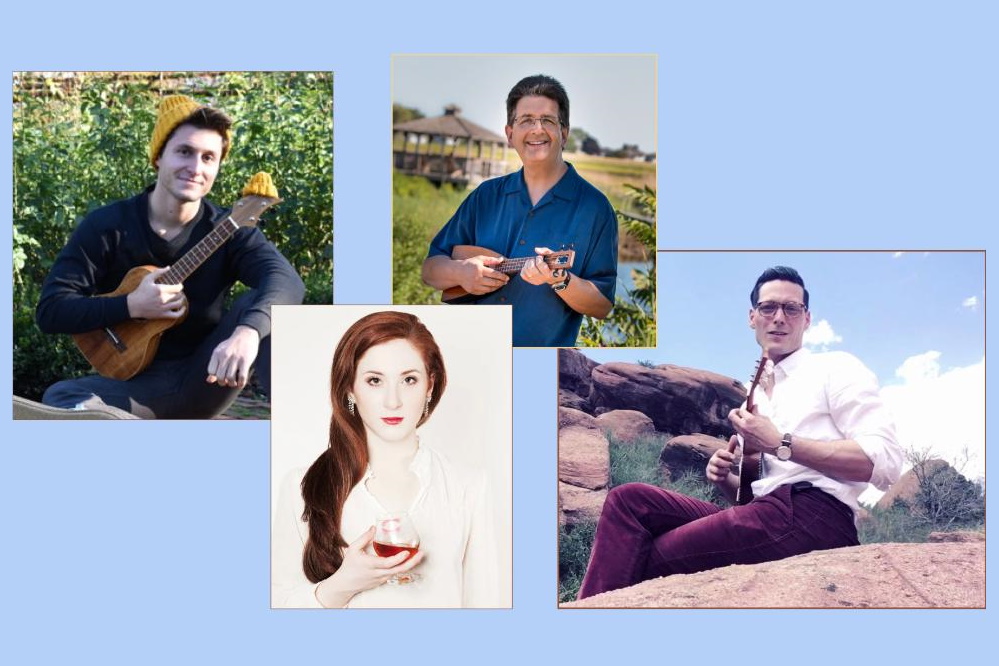 1:30 PM - 2:30 PM
Advanced Workshop 1
"In My Life" Advanced Class Part 1 (Learn a complex arrangement, while exploring up the neck and fingerpicking)

3:30 PM - 4:30 PM
Advanced Workshop 3
"In My Life" Advanced Class Part 2 (Learn a complex arrangement, while exploring up the neck and fingerpicking)