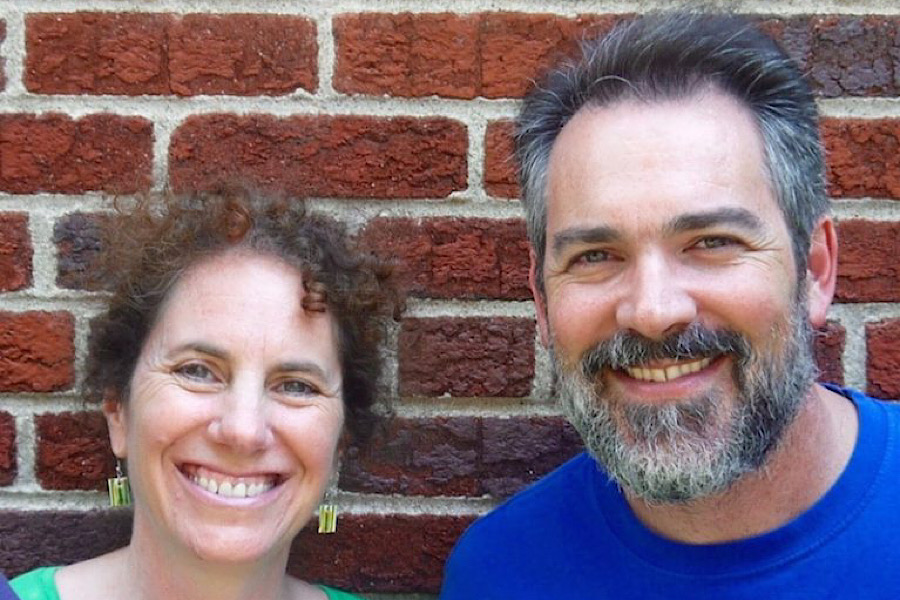 Two of a Kind

Two of a Kind is the husband-wife duo of David & Jenny Heitler-Klevans. Best known for their music for children and families, David & Jenny bring a similarly eclectic repertoire and engaging manner to “grown-up” audiences. Their harmonies blend seamlessly, with David’s dynamic guitar work and Jenny’s varied use of percussion resulting in a compelling performance. Picking songs that are both personal and political, they bring their audiences humor and thoughtful contemplation. David & Jenny do their own well-crafted songs as well as songs by the likes of Greg Brown, Melanie DeMore, Dido, John Prine, Peggy Seeger and Tom Waits.  In 2018, they released Lead With Love, their first CD for adults since 1992. Two of a Kind’s combination of original songs and well-chosen covers will touch your heart, tickle your funny bone, and give you hope in these difficult times.

“They are very talented entertainers, sweet and funny, political, sometimes corny, occasionally snarky, and always fun to be around.”
– Jay Mankita, singer-songwriter